It is said that transparent  LED screen belongs to glass screen, but it has more advantages than LED glass screen. It is transparent and more air-permeable, does not rely on glass, has no traditional keel to block the line of sight, easy maintenance, high stability, and high definition. The LED transparent screen is similar to the LED glass screen. It is a high-end customized photoelectric glass that applies transparent conductive technology and glues the LED (light emitting diode) structure layer between two layers of glass. According to application requirements, LEDs can be designed into various arrangements such as stars, matrix, text, patterns, patterns, etc. It is a kind of bright screen, which is similar in structure to the traditional grille screen and light bar screen, and has the characteristics of lightness and transparency. But the LED glass screen relies on glass, which is glued to the glass surface. The LED transparent screen has a special design, and it does not need to be pasted on the glass surface.

What is a transparent LED screen?

LED transparent screen, as the name implies, is that the LED display has the property of transmitting light like glass. Its realization principle is the micro-innovation of the light bar screen, and targeted improvements to the patch manufacturing process, lamp bead packaging, and control system. With the hollow design structure, it reduces the sight of structural components. , To maximize the perspective effect. Integrate with the environment. Initially, the outdoor screen was equipped with a conventional LED display. However, the LED display is composed of modules. Installing a LED display is like a thick wall, which will block the scenery and light. Due to the shortcomings of conventional screens, LED experts add hollow designs on the basis of conventional screens to increase transparency. The gaps of the grid screen can be further developed and evolved into LED strip screens, also called grid screens, sky screens, wall screens, and curtain screens. This is the most common LED screen for outdoor applications. 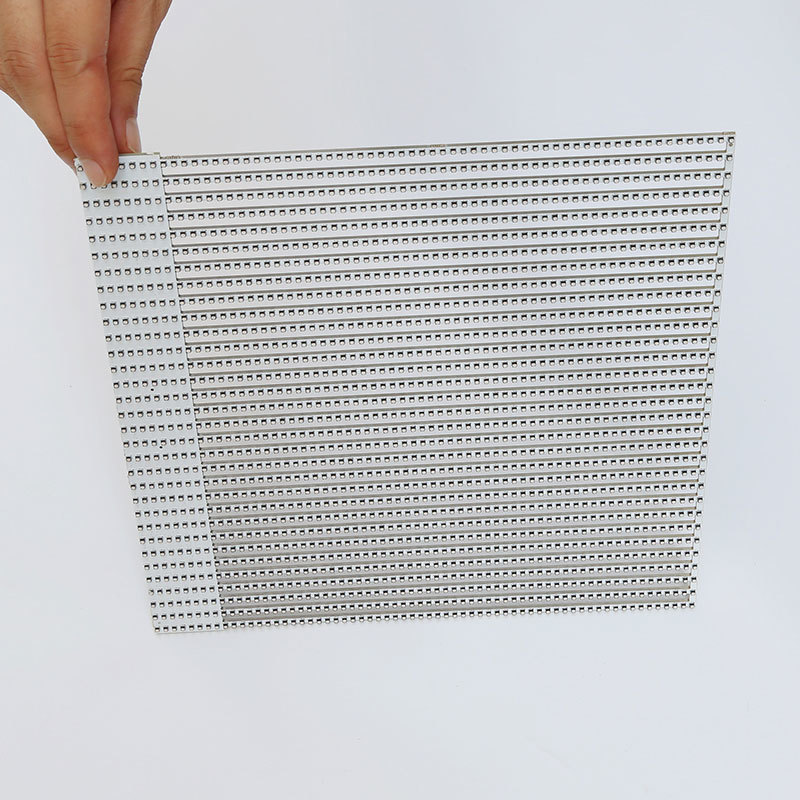 What is LED glass screen?

The glass LED screen is a high-end customized photoelectric glass that uses transparent conductive technology to glue the LED (light emitting diode) structure layer between two layers of glass. According to application requirements, LEDs can be designed into various arrangements such as stars, matrix, text, patterns, patterns, etc. LED glass display is a kind of bright screen.

The difference between LED transparent screen and LED glass screen

The LED transparent screen adopts SMD chip packaging technology to stick the lamp in the groove of the PCB, which can be made into a standard box and customized design and installation according to project requirements. The LED glass screen is a high-end customized photoelectric glass that uses transparent conductive technology to fix the light-emitting diode structure layer between two layers of glass. It is a kind of bright screen. It can only draw different graphics (stars, patterns, body shapes, etc.) according to different projects. Can not play any video and pictures at will like the LED transparent screen

The LED transparent screen is convenient and quick to maintain, saving manpower, material resources and financial resources. There is almost no way to maintain the LED glass screen. It is necessary to dismantle the structure of the existing building and replace the entire glass screen, which is expensive to maintain.