Teach you how to install LED sky screen

Teach you how to install LED sky screen

The use characteristics of transparent LED sky screen

LED sky screen has become a familiar vocabulary in the industry. Its appearance is microscopically due to the continuous improvement of social and economic strength and technological level. Its magnificent, shocking, and brilliant appearance has enriched people's vision and made people's lives more colorful. . Brightly lit LED sky screen --- a clear stream of photoelectric display.

LED sky screens are generally suitable for high-end star hotel lobbies, large shopping malls, commercial pedestrian streets, urban central squares, large stages and other large buildings on the ceilings. After the sky screens, people are brought into the world of light and shadow. The large LED sky screen hoisted on the top of the ceiling is like a brightly colored silk and a bright and deep sky. The new LED light strips, light strips, projection and other lighting equipment are used to brighten and contrast.

However, using conventional LED display screens as LED sky screens has a major defect that it will block the light of the sky screen and affect the visual effect of viewing. When it is not bright in daylight, the black module panel is installed on the zenith, which affects the beauty of the surrounding environment and is located in a relatively closed space. 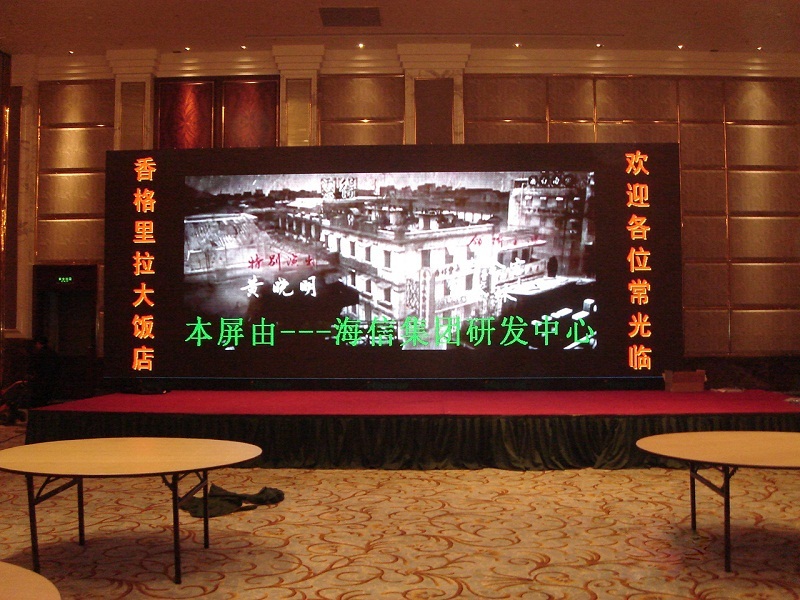 Transparent LED sky screen --- a clear stream of photoelectric display and LED transparent screen is a new high-tech lighting decoration product with high transparent display effect, its transparency can reach more than 90%, and does not affect indoor Daylighting and viewing field of view can realize the effect of translucent perspective. Its fashionable and high-end images with unique design sense, together with natural lighting function, avoid the space pressure caused by the conventional LED canopy when it does not light up during the day. Whether it is day or night, it will make the audience enjoy it.

The transparent LED display screen can achieve a transparent display function, which is transparent and ethereal, which not only ensures the openness of the space, but also has no sense of conflict with the surrounding environment, and gives the building a beautiful, atmospheric and fashionable temperament. When the day does not appear, the people passing by under the LED screen display can still look up at the natural landscape brought by the blue sky and white clouds, allowing people to enjoy the fun of playing freely without visual obstacles, and strolling under the stars at night.

The LED sky screen is installed on the ceiling of the building to play the role of rendering, decoration and lighting. It is generally suitable for large-scale building ceilings such as hotel lobbies, commercial pedestrian streets, urban central squares, etc., with large area, light weight and different shapes. So, what are the technical requirements in the LED sky screen planning plan and installation process?

Compared with traditional LED display screen projects, LED sky screens have higher requirements for manufacturers' technology and device protection. From planning, production to engineering devices, the test is an enterprise's general strength. And in terms of material application, structural method, control embodiment, technical structure, construction protection and other aspects are demanding, it is necessary to integrate sound and light technology and architectural aesthetic planning into the project to achieve light and shadow interweaving and vocal music.

What are the technical requirements for LED sky screen planning and installation? Frivolity and transparency Because the area of LED sky screens is generally very large, the use of hoisting methods for installation is a test of the load-bearing structure. Therefore, LED sky screens are required to be frivolous. In addition, the plan is required to have a beautiful appearance, so that it will add luster to the entire canopy implementation process.

Easy to use, the simpler the operation, including protection, debugging, and use. Simple product planning can reduce labor costs in the subsequent device protection process and make the entire process more efficient. Due to the needs of production, the LED canopy box needs a certain size. If the box is too large, it will be difficult to produce and transport. The standardized planning of the LED sky screen cabinet can make the LED display original, power supply, control, and unit structure integrated, which is easy to age, debug, transport and install.