SMD package, short for Surface Mounted Devices, means: surface mount device, which is one of the SMT (Surface Mount Technology) components. “In the initial stages of electronic circuit board production, via assembly was done entirely by hand. After the first automated machines were introduced, they could be placed with simple lead components, but complex components still required manual placement for wave soldering. Surface mount components were introduced about twenty years ago and have opened up a new era. From passive components to active components and integrated circuits, they have finally become surface mount devices (SMD) and can be accessed by pick and place equipment. Assembly. For a long time, people thought that all the lead components could eventually be packaged in SMD. SMD technology is widely used in LED displays.

In the early stage of development, because of the complicated manufacturing process and difficult maintenance, the cost is very high, and it is generally used for high-end LED display products. In recent years, due to the rapid development of three-in-one technology and continuous improvement of production technology, a large number of automatic equipments have been used. SMD has developed rapidly and the cost has been reduced. It is the mainstream product of LED indoor display. And it has begun to penetrate the outdoor display market, but the brightness and outdoor waterproof, moisture, dust, anti-static, anti-oxidation has always been its insurmountable gap.

COB package is the abbreviation of Chip on board. It is a new type of package that is different from SMD package technology. Atop is the first in the LED display field, and after years of technical practice, it is truly mastered. This technology is the only manufacturer that serializes its products and mass production. We have hundreds of derivatives based on COB patented technology. The key to the patented technology of Atop lies in COB package + lamp drive. 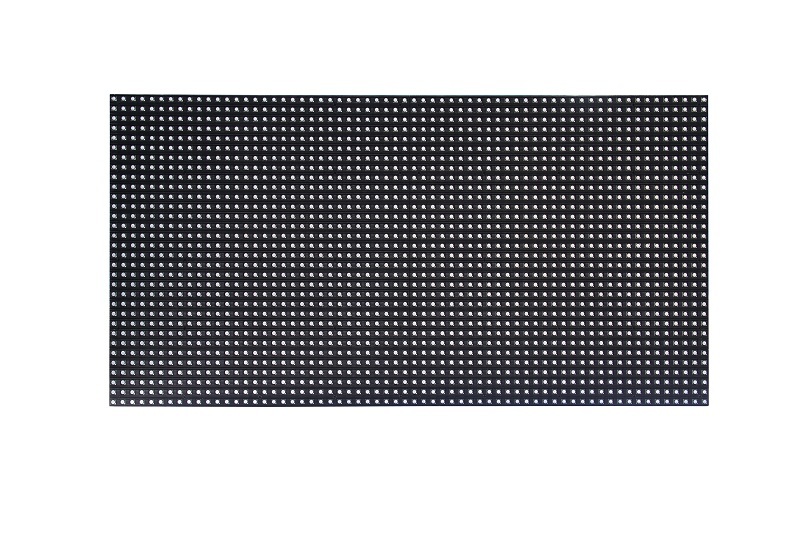 1. Ultra-thin: According to the actual needs of customers, PCB board with thickness from 0.4-1.2mm can be used to reduce the weight to 1/3 of the original traditional products, which can significantly reduce the structure, transportation and engineering cost for customers.

2. Anti-collision and compression: COB products directly enclose the LED chip directly in the concave lamp of the PCB board. The rear surface of the lamp is convex and spherical, smooth and hard, and resistant to wear. Even if there is a dead point, COB products can be repaired point by point, and maintenance is very simple.

4. Bendable: Bendability is a unique feature of COB packages. PCB bending does not cause damage to packaged LED chips, and SMD PCB bending may cause chip pins to be soldered. Therefore, the LED arc screen, the circular screen, and the wavy screen can be conveniently fabricated using the COB module. It is an ideal substrate for personalized screens in bars and nightclubs. It can be seamlessly spliced, the production structure is simple, and the price is much lower than the LED shaped screen made by the flexible circuit board

and the traditional led display module. The high-density P4 series module has a cylindrical bending capacity of 50 cm in diameter and is an ideal substrate for cylindrical media in airports, stations and shopping malls.

5. Strong heat dissipation: SMD  products mainly pass through colloid, lamp legs or pads to dissipate heat, and the heat dissipation area is small. The heat will be concentrated on the chip, which will cause serious light attenuation and even dead light phenomenon and reduce the display. The life and quality of the screen. The COB product is a PCB board on which the lamp is packaged. The heat of the wick is quickly transmitted through the copper foil on the PCB board, and the thickness of the copper foil of our PCB board has strict technical requirements, plus the immersion gold process, the PCB board. The price is twice the same size as SMD. That’s why our COB products feel hotter, and they are very hot, indicating that heat is easily emitted and hardly causes serious light attenuation. Therefore, there are very few dead lights, which greatly extend the life of the LED display. In the structural design, we also used aluminum trays to replace the traditional SMD plastic brackets, plus some auxiliary and effective heat dissipation means to quickly discharge heat.

6. High stability: The high reliability of COB products is reflected in the module’s dead rate rate is always controlled at <5/100000, far higher than the national standard.

There are the following points to ensure that we are not difficult to achieve this standard, or even better.

A. Production process: The processing technology of traditional LED display screen is quite numerous, especially in the process of reflow soldering, the expansion coefficient of SMD lamp holder and epoxy resin is different under high temperature condition, and it is easy to cause bracket and epoxy resin. The package shell is detached, and a gap occurs. In the later use, a dead light phenomenon gradually occurs, resulting in a high defect rate. The reason why the COB technology display is more stable is because there is no reflow soldering lamp in the processing technology. Even if there is a post-reflow soldering IC process, the diode chip has been cured and protected by epoxy resin, which avoids it. There is a gap between the lamp holder and the epoxy resin caused by high-temperature soldering in the welding machine, so our COB products are not prone to dead lights after leaving the factory.

B. Use of high-end manufacturing equipment: We use the most advanced ASM automatic welding equipment.

D. Atop’s business philosophy: We convert the cost of using advanced production processes to the highest quality raw materials for our customers. For example, our PCB boards use the immersion gold process at twice the price of traditional modules of the same specification. Usually we use larger chips and better ICs, and we use better heat sinking materials in the structure.

7. Six anti-advantages: waterproof, moisture-proof, dust-proof, anti-static, anti-oxidation, anti-UV is a weakness of SMD products, confirm the strength of Atop products. The LED pad of the traditional LED display is bare. When it is wet or damp, it is prone to short circuit between the lamp pad. The mask used is uneven and it is difficult to clean it when it is dusted. The alloy wire and iron bracket are easy to be used. Oxidation; exposed lamp pad is susceptible to static electricity and a dead light. The COB protects the chip with epoxy resin. It has no exposed lamp legs and can be waterproof, dustproof and antistatic. When it comes to water, just wipe it with a cloth. The outdoor module is not afraid of water at all, and has no effect on the screen. After using for a period of time, the dust of the screen body can be directly wiped with a rag, and the dust is directly cleaned from a smooth surface. In addition, COB module adopts the circuit board of Shenjin process, and special processing technology, which can resist oxidation and ultraviolet light. Atop’s COB module can work at low temperature of minus 30 degrees and high temperature of above 80 degrees. Under normal work.

8. Energy-saving highlighting: At present, SMD is fiercely competitive. LED strips are commonly used for small chips. When used normally, the load of the lamp is high, the brightness is not up, and the brightness attenuation coefficient is large. After using for a period of time, the consistency will be Significantly worse. Atop’s COB products use large-chip LEDs, which can effectively improve brightness, uniform heat dissipation, and low brightness attenuation coefficient. It can ensure good consistency after long-term use. Under the premise of emitting the same brightness, COB heat is smaller and more energy efficient.