With the development of LED technology, LED screens have broken the traditional form long ago. From the earliest large area in the middle of screen, there was main screen and side screen form and then gradually developed into panoramic video wall and creative display innovation, then VR /AR, 3D, holographic projection and other black technologies to work with the performance, dance props and visual creative needs, more and more creative LED display device applications are presented in the most explosive and eye-catching method.From the recent design of concerts and live shows, we can all feel the innovation and vitality of current LED rental products.

The entire stage is wrapped by a retractable LED transparent screen, immersing Underwood, the band and the audience into the performance center. The visual content shows different scenes according to the different meanings and emotion delivered by the song and the retractable transparent screen. The entire stage is 165 feet wide and 55 feet deep, shaped like an eye and surrounded by spectators.

It is reported that the organizer of this carnival concert put large sums to build a 12-meter-high and 10-meter-wide giant trans-space-time energy ball spherical screen. This concert is also the world’s first largest sphere composed of Transparent Screens. The combination of nearly 2000 square meters transparent screen creates a very immersive stage effect. 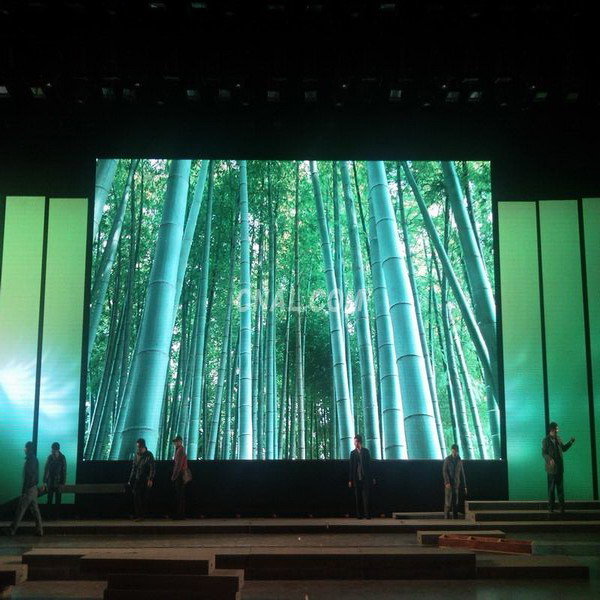 The stage design uses 6 transparent LED screens that can be moved up and down with lights above, which are actually two kinds of stage equipments above the stage to lift the screen and lights. Different combinations of adjustable LED screens and light walls can present a different live atmosphere for each song during the concert. The split modular design of the stage provides great convenience for installation and transportation and also very suitable for concert tours.

The entire stage design consists of huge mechanical devices which mostly hidden above the stage. The only thing that can be seen is the huge LED screen designed as the main background and the LED screen hang above the audience. The screen above the audience is a liftable device composed of numerous tiny screens which could become a complete picture body and can also be fused or scattered with each other in the form of Tetris to splice into different stage shapes during the performance. Mylène Farmer’s concert shows the levitation at most. The designer designed three huge cubical pods with LED Screens installed on the outside to create a visual picture.

At the moment, with the further prosperity of the cultural performing arts market, the Rental LED market is also meeting its new spring. Meanwhile, the optimization of products and services in the industry has made LED displays to show in many large-scale performances, cultural evenings, star concerts, and event scenes with very dazzling performances. The continuous advancement of technology and the continuous update of innovation will definitely bring us more shocking shows!